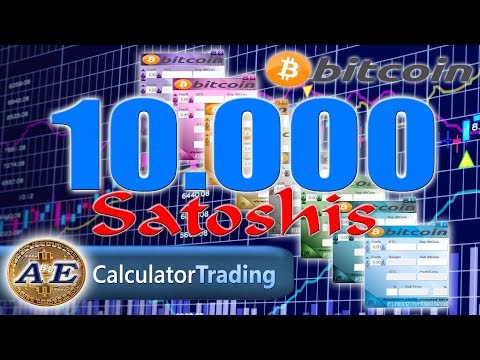 A little late, but as promised here is Part 2 of the Beginner’s Guide to Exchanges. I would like to sincerely thank everyone for their support and feedback in making these.
Link to Part 1
This time I also made a Google Docs survey in the hopes of sharing the results with the community. I thought we could share what we use as a whole and why redditors choose the exchanges they do. For skeptics (as you all should be), I assure you that I am not collecting personal information. This is for recreation and if you are still wary, then by all means abstain!
Link to Survey
In Part 3 I will be wrapping up this series by covering decentralized, semi-decentralized, and derivative exchanges. Here it goes!

안녕하세요 여러분! 혹시 우리 한국인 친구 이 보고서를 한국어로 읽고 싶어한다면 알려주세요. 관심이 많이 있다면 간단한 한국어 보고서도 만들 수 있습니다. This year, ETH has taken off like a rocket in the Land of the Morning Calm. With a population of just 50 million, South Koreans account for almost 30% of daily ETH trade volume. Even more surprising is that currently the daily volume of ETH is about 5 times higher than that of Bitcoin on Korean exchanges. Since demand is high, ETH is trading at a premium on Korean exchanges. Some users have been talking about capitalizing off this imbalance by trading on arbitrage between exchanges. For those who have no connection to Korea and hope to do so, I have bad news – all Korean exchanges require a National ID number and access to a Korean bank account. This makes Korean exchanges virtually closed to Korean nationals and those with long-term visas. Sorry everyone.

With a great deal of anticipation, major Chinese exchanges started trading ETH this summer. Since these exchanges deal huge volumes of Bitcoin already, naturally it was expected that they invest heavily into ETH as well. So far this hasn’t quite lived up to the hype with many exchanges still favoring Bitcoin, Litecoin, Altcoins, and even Ethereum Classic (Gulp). Three of these exchanges underwent inspections by the Peoples Bank of China earlier this year and will be working closely with the government to ease fears of money laundering and market manipulation. There are a lot of Chinese sites, and since my Chinese is non-existent this list is basically just for name recognition. In many ways these sites are very similar in regards to security, verification, and fees compared to their western counterparts; just marketed at a different audience and currency. If users are seriously interested in these exchanges and making reviews, please contribute or ask!

What Is Litecoin & Differences Between Litecoin And Bitcoin

What is Litecoin?
Litecoin (LTC) is the second largest crypto currency only smaller than Bitcoin. Litecoin is the biggest of the so called altcoins and is similar to but with some distinct differences to Bitcoin (BTC). Litecoin was created by Charlie Lee, a former Google employee who goes by the screen name coblee, and was launched on October 7th 2011.
LTC is similar to BTC in that it uses a proof of work blockchain, difficulty adjusts every 2016 blocks, and rewards half about every 4 years.
LTC is different to BTC in that the LTC network aims to process blocks every 2.5 minutes compared to BTCs 10 minutes. This allows for faster confirmation times. LTC aims to produce 84 Million LTCs which is roughly 4 times as many coins as BTC will eventually produce. LTC uses an algorithm called Scrypt, and BTC uses SHA-256. Scrypt is roughly 1000 times slower than SHA256 which is why you see LTC mining speeds quoted in KH/s (Thousand hashes per second) vs BTCs MH/s (Million hashes per second).
LTC was originally designed so that it could be easily mined on CPUs and be resistant to mining on GPUs. With ASICs (Application Specific Integrated Circuits) having taken over the BTC mining world, a common misconception is that Scrypt is ASIC proof. Scrypt is only ASIC resistant just as it was deigned to be GPU resistant. What this all means is that eventually LTC will be able to be mined with ASICs but the increase in speed is not going to be anywhere near what it was with BTC and SHA-256. This fact means that GPU mining will not be wiped out as it was with BTC.
LTC uses addresses very similar to BTC addresses. They are a mix of 33 numbers and letters but always start with a L.
LTC is often described LTC as silver to BTCs gold. While some BTC enthusiasts dislike LTC and say it takes something away from BTC, alot of people disagree. LTC being a smaller and younger coin has the ability to change things and test new ideas. BTC has a much larger user base and larger team of developers so it can be harder to come to a consensus on changes with BTC. Litecoin devs have recently been helping develop both LTC and BTC by contributing bug fixes to the BTC-qt devs for inclusion in the Bitcoin-qt client.
LTCs native client is the Litecoin-qt application which is very similar to the Bitcoin-qt client. Litecoin-qt is available for Linux, Windows and Mac at the official Litecoin website. If you would like to see a guide on how to setup a Litecoin-qt wallet please see How To Create A Litecoin Wallet.
Alot of the same things that exist for BTC exist for LTC. Such as:
PaperWallets
Litecoin Block Explorer
Another Block Explorer
Litecoin Wiki
Litecoin Gambling
Litecoin Dice
Litecoin Mining Calculator
There are many exchanges that support trading LTC for other crypto currencies as well as USD. Some (but not all) exchanges are listed below.
BTC-e
OKCoin for China
Kraken
Bitfinex
Crypto-Trade
I do not endorse any of these exchanges. I am only listing them for information purposes only. As with anything in the crypto world please do your own research before doing any type of transaction.
Some links to the LTC community are:
LTC Forums
LTC Google+
And of course the LTC subreddit
A very popular chart website for LTC (and other coins).

The calculator uses the data from several reliable Bitcoin sources to calculate what would have been the Bitcoin value on a particular date. Where there are several different prices, it uses an average figure. It has been found that the calculator is as accurate as possible in working out the value of proposed Bitcoin investments on particular dates in the past. Overall, the calculator is an ... Your BTC address is a string of 26-35 letters and numbers that identify your Bitcoin wallet. BTC addresses begin with either a 1 or a 3 and are case-sensitive. When you want to receive funds, this is the information that you provide to the person paying you. Your BTC address is oftentimes called your wallet address or your public address. Bitcoin mining calculator for SHA-256: Price 12,977.79$, 19.9973T difficulty, 144.1406 EH/s network hashrate, 6.2500 BTC block reward. Bitcoin mining pools list and list of best mining software. Find out the latest Bitcoin (BTC) value with cryptocurrency calculator. Convert Bitcoin and other cryptocurrency into any world currency including USD, GBP, EUR, CNY, JPY, and more Address abcd has 0 BTC (on Bitcoin network) Address efgh has 1 BTC (on Bitcoin network) and the same address efgh has 1 BCH on the Bitcoin cash network. Now the person who has the private key for the address efgh in Bitcoin cash also owns the coins on Bitcoin blockchain. It is because they both refer to the same keys.